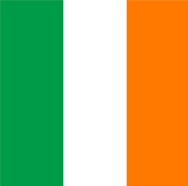 Exporting Luxury Hybrid Japanese Cars like Toyota Prius, which is full loaded and most successful hybrid of all time. Since, the launch of Toyota Prius cars could be one of the most popular decision from Toyota company.

Toyota Prius went on launch in Japan in 1997, the sold unit are over 4.4 million units over the world. It’s been the best Hybrid cars in recent times. In 2018, Toyota company has introduced 1.5 million cars including 36 different Toyota models and Lexus models. Of these, 220,000 are only the Priuses. The survey shows that this is globally a very fast selling car and specially Ireland has been the demanding country. In comparison, Toyota is the 1st company to introduced the most Hybrid cars over the years. Honda is the second best and sold 2 million hybrid cars, and rest were a combined figure of 2 million from other auto car manufacturers. Toyota Prius has the finest interior. It’s an Automatic car and majority of the customers, looking to buy one hybrid cars, they have started to look at the Toyota Prius.

The world loved Toyota Prius. The gas-electric drive car which has lovely fuel economy and minimum emissions. STC Japan understands that this is one of important and demanding trend in Ireland, we take special care for the people of Ireland. We give you the access to all the Japanese Auctions, so that you could by best Toyota Prius in Ireland.